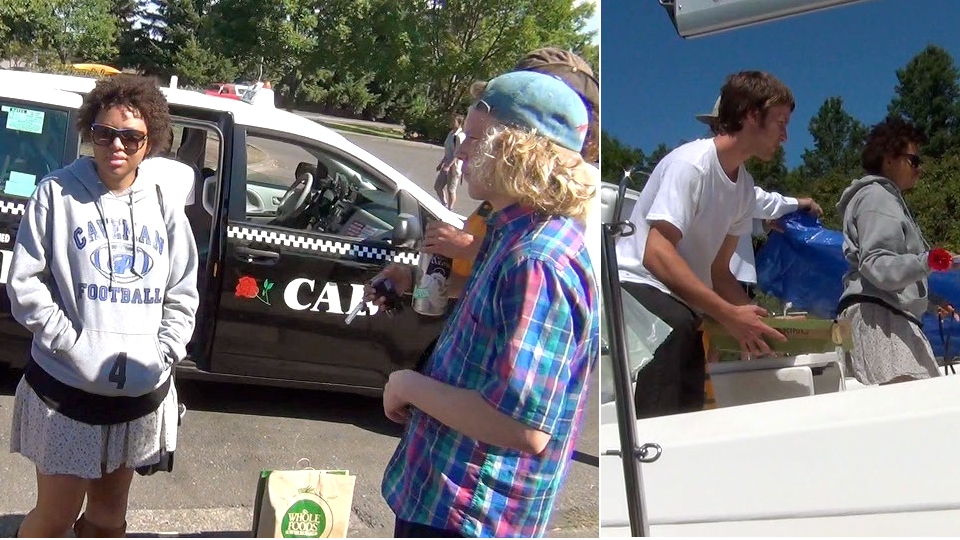 Dateline Wednesday August 14, 2013; Portland Oregon – Dan Sandini:  An heiress to the multi-billion dollar U-Haul family fortune has been tied to the catered yachts which were caught on tape being used as a part of an environmental protest near Portland Oregon.  Sophia Shoen was apparently on board the largest of the luxury vessels docked at Vancouver Landing for the event.  The yacht rents for $399/hour.  Sophia Shoen is the daughter of the second wife of  Leonard Shoen (L. S. “Sam” Shoen)  who founded U-Haul in Redmond Washington.  The event was organized by Bill McKibben’s multi-million dollar 350.ORG which as reported here has ties to the Rockefellers and Clintons, while presenting itself as a grass roots organization.

[Above] Original DD video which stirred the blogosphere 2 weeks ago.  In it members of the Billionaire Shoen U-Haul Family are caught on tape on board catered yachts for a “down for the struggle” anti-coal protest.

By way of history, Sam Shoen killed himself by driving his car into a telephone pole near Las Vegas in 1999, following a bitter family dispute for control of the company [NY Times].  Shoen had given most of his stock to his children, who later ousted him in their struggle to control the direction of the company.  In the process Shoen was stripped of his retirement.  According to The Times:  “Mr. Shoen and other family members then sued and won a $1.5 billion settlement that was later reduced to $461 million.”

U-Haul is owned by AMERCO, a holding company which also operates Amerco Real Estate, Republic Western Insurance, and Oxford Life Insurance.  The Shoen family currently owns about 70% of the publicly traded stock of the corporation. [Wikipedia]   As of yesterday Yahoo Finance reported that AMERCO had a market cap of 3.43 Billion dollars making the Shoen portion of the loot worth an estimated $2.4 Billion. 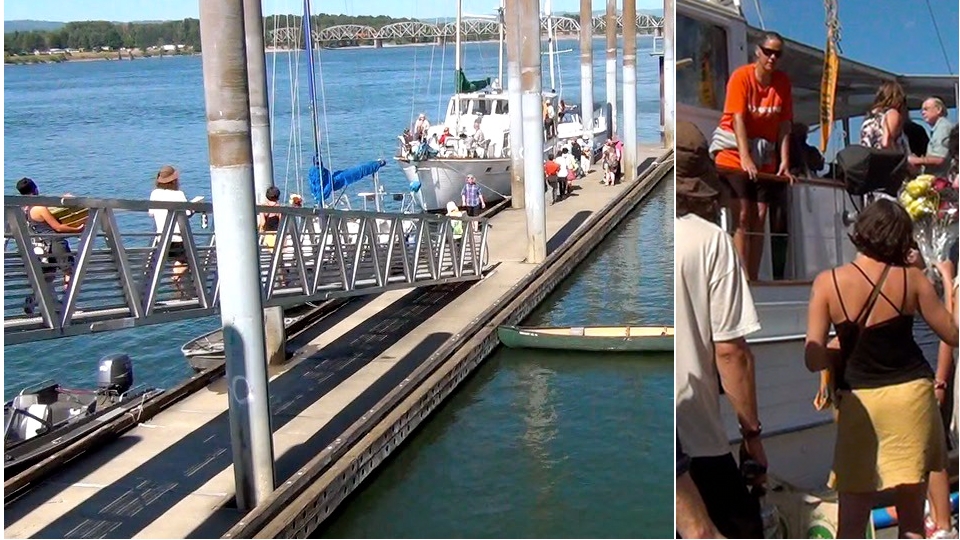 [Left] Copious amounts of catered food and flowers are paraded down to the environmental Hoi polloi, [Right]  Caught on tape:  “These are for Sophia.”  Sophia is apparently Billionaire Heiress Sophia Shoen.

Caught on tape at the livery stop is a young lady who declares “I’m Sophia Shoen’s Stepgdaughter,”  as copious amounts of catered food are unloaded from the hackney.  The food is then paraded down a gang plank in royal fashion to the waiting yachts.  As bouquets of roses are handed up, an organizer is caught on tape saying “these are for Sophia.”

According to the New York Times Sam Shoen earned a Bachelors Degree and a Law Degree from Oregon State.  Now it makes sense.  Go Beavs!  More to follow.