Dateline Sunday, August 11, 2013 – Portland Oregon, Dan Sandini:  More information has surfaced in the bizarre case of a “1%” Leftist environmentalist whose group used $399/hour yachts in a “Big Coal” protest held at Vancouver Landing two weeks ago.  As first reported here at DaylightDisinfectant.com:  Bill McKibben’s group 350.ORG, which organized the event and receives millions of dollars a year from the Rockefeller Foundation, was caught on tape (video) on board three yachts which were catered for the event.  At least one boat was caught on tape spewing out diesel fumes and apparently leaking petroleum product into the Columbia.  McKibben’s group has yet to come forward to confirm or deny the allegations. 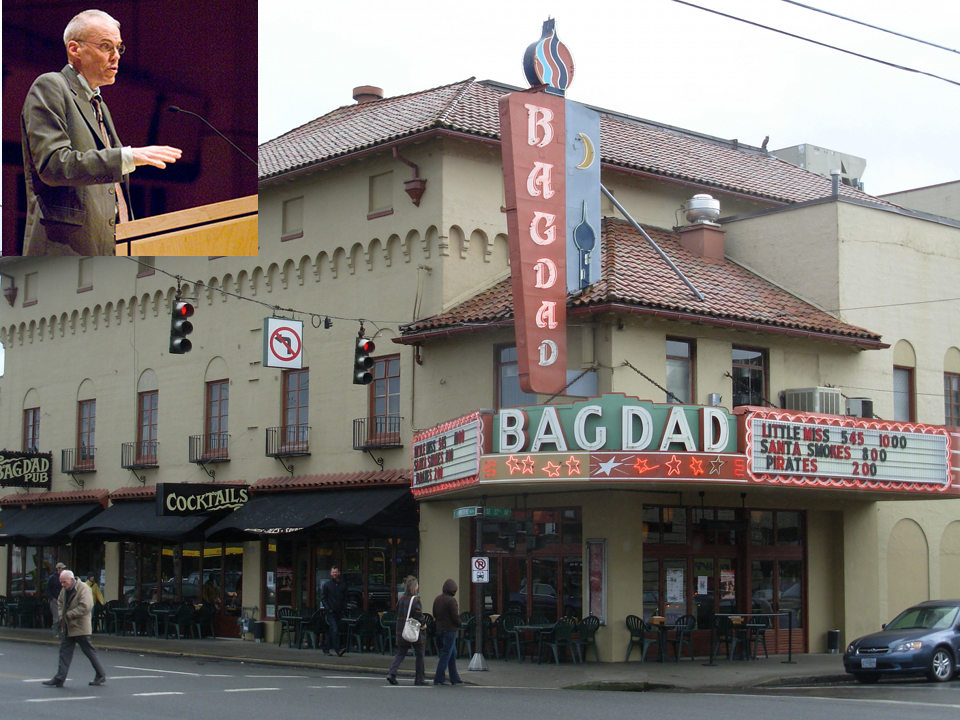 According to The Willamette Week, back in 2010 McKibben gave a “down for the struggle” lecture to some 99%ers in the depths of Marxist Bohemia at the Bagdad Theater on Hawthorne.  McKibben laid the guilt on thick:

“We have to shrink ourselves; shrink our toxic “eaarthly” impact by downsizing our political economy, producing locally and consuming on a smaller scale.”

Meanwhile fast forward to the coal protest two weeks ago Saturday, which had McKibben’s folks living large on catered “veggie platters” delivered by cab, and motoring around on the yachts which had to lease for thousands of dollars for the day long event. 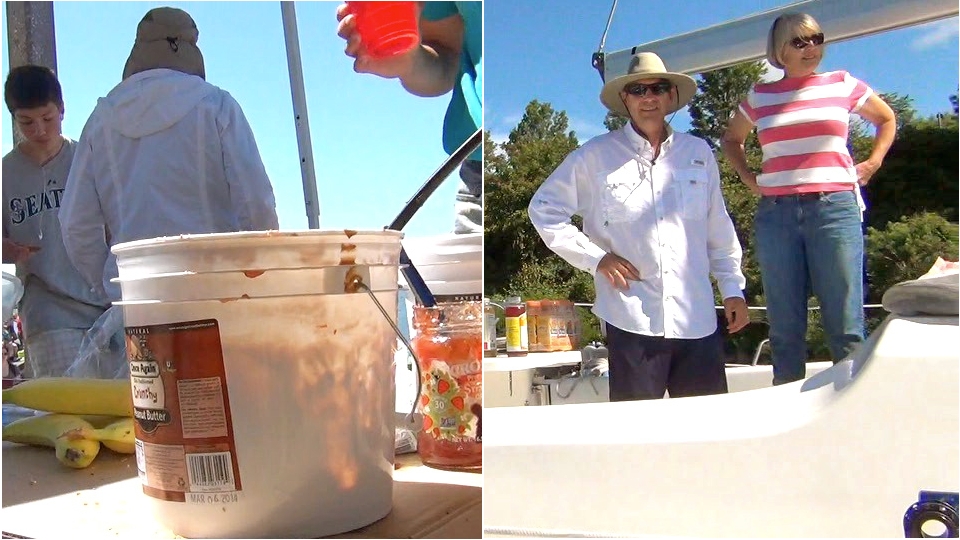 (Above, Caught on Tape) A Tale of Two Protests:  (Left) Less well-heeled environmentalists worried about losing their subsidized housing and were fed PB&J out of gallon drums , while (Right)  McKibben’s Leftist Hoi Palloi  enjoyed fine dining aboard catered yachts.

We’re used to rich hypocrites like Michael Moore who are never shy about denigrating success and inciting class warfare with their rhetoric aimed at the Right. Heck sometimes they are even caught on tape spouting their own hypocrisy.  In this case it’s even more egregious considering what they they served “the little people” back on shore.  A makeshift tent was erected where dreadlocked hipsters could dine on such fine delicacies  as peanut butter and jelly sandwiches served out of gallon drums, and under ripe green bananas.

To borrow from George Orwell, when it comes to Big Coal Protests it seems all protestors are equal, it’s just that some are more equal than others.  More to follow.

From the Cast Page for the Documentary “Occupy Unmasked”:  Inspired by Andrew Beitbart and

James O’Keefe, Dan Sandini is an independent citizen journalist working out of Portland, Oregon. He is a staunch advocate of the First Amendment. In 2010 he was assaulted by Democrat thugs for having the temerity to record a speech by then gubernatorial candidate John Kitzhaber. He produced a video of the Orwellian experience, which has received almost 70,000 views. Following the 2011 Tax Day TEA Party he produced videos detailing the hateful rhetoric and behavior of the Left, including homophobia, racism, anti-Americanism, and threats of violence. These videos have been seen by over 1 Million people and were featured on The Glenn Beck Program,The O’Reilly Factor, and Sean Hannity.

One thought on “CATERED YACHT UPDATE: LEFTIST 1%ER GUILTED HIPSTERS AT THE BAGDAD”