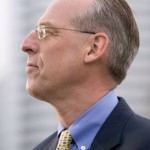 EXCLUSIVE:  Dateline Tuesday May 27, 2014 – Portland, Oregon:  Over the Memorial Day weekend details emerged in the widening scandal involving PSU faculty staff approving payments from school accounts to domestic terrorists, Black Panthers, communists, anti-semtics and other assorted controversial figures.  The payments were made in the form of stipends paid directly to the speakers who were part of an Anarchists Conference which went awry with chaos.  A video of the mayhem went viral on YouTube.  President of the University Wim Wiewel was copied in the email thread in which a representative of the University provided the details of expenses which were paid out.  According to the email received over the Memorial Day weekend, the event,  “The 5th Annual Law and Disorder Conference,” was subsidized at a total cost $18,612.00.  This amount differs from the original amount reported by Wiewel’s staff of $19,919.00 which was reported here on Daylight Disinfectant in aggregate last week.  No explanation was given for the discrepancy.

Left: Black Panther Ahjamu Umi who describes the US as the United *Snakes* of America netted a measly $300. Center: University Preisdent Wim Wiewel’s Staff approved $20K total for the weekend-long free-for-all. Right: flown up from Texas, Domestic Terrorist Scott Crow, associated with the bombing of the GOP convention netted almost $2,000.

Scott Crow, Domestic Terrorist – $1850.00:  Crow is a domestic terrorist who was included on numerous watch lists.  This admission brought him applause during the conference.

Nehanda Imara, Exclusionary All-African People’s Revolutionary Party – $1200.00:  Imara is called out here for her Communist anti-American rhetoric:  “Capitalism is a failed system. Would You Agree?”

Anthony Rayson, Communist, Anti-Semetic, Supporter of Hamas – $1000.00: In this article Rayson supports terror groups identified by the US Dept. of Justice, and expounds on his Marxist-Lenninist ideology.

Jenny Esquivel, Partner of Convicted Domestic Terrorist – $1000:  Esquivel is partners with Eric McDavid who together with Lauren Weiner and Zachary Jenson, planned acts of arson and sabotage to the Nimbus Dam and fish hatchery on the American River near Sacramento.

Kristian Williams who opponents claim harasses survivors of violence – $515:  Williams’ speech was shut down at the event in a denial of free speech that went viral on YouTube.

Leslie James Pickering, domestic terrorist – $1000:  Pickering is one of the founders of ELF, classified as the top “domestic terror” threat in the United States by the Federal Bureau of Investigation in March 2001.

In addition to Aimee Shattuck, Portland State University’s Courtney Bailey signed off on this budget for 5th Annual Law and Disorder Conference, which included funding for anti-semetics and domestic terrorists.

In one final unbelievable part of the deal, local radio station KBOO was provided free advertising.  KBOO’s name appears on the poster (see below).  According to Aimee Shattuck, Director, Student Activities and Leadership – Student Affairs:

KBOO recorded a few of the sessions and provided on-air advertisement prior to the event. They did this in exchange for their name being on the flyer that advertised the event.

KBOO features regular programming from folks such as local racist Ibrahim Mubarak who is well know for being caught on tape yelling racist slurs at the TEA Party in 2011.  The video was shown extensively on mainstream media outlets in the aftermath, including Fox News.  A former Burnside crack dealer, he was convicted on drug charges four times between 1998 and 2000. In 2001 police received several calls from Mubarak’s wife claiming Mubarak had physically abused her.

Again no formal statement yet from University upper management on any personnel actions which are being taken as a result.  Shattuck claims that no one above her pay grade was aware of the payments.  We’ll keep you apprised.