It seems that disgraced former Representative Jefferson Smith, thinks it’s OK to crawl out from under that large rock under which he should remain firmly ensconced.  This weekend he sent his creepy Bus Project minions out to pump Driver’s Licenses for illegal aliens. 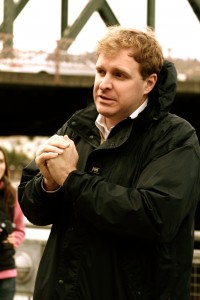 “POW!” Screen Cap from Bus Project Web page. Jefferson Smih lost his Mayoral Campaign in large part due to the fact he beat a woman at Harvard in the face and sought to cover it up. He’s back to brainwashing your kids.

Dateline Sunday October 19, 2014:  Yesterday The Bus Project landed in Southeast Portland to kickoff an effort to go door to door pumping Driver’s Licenses for Illegal Aliens.  I guess the Bus must be running on fumes these days:  no one actually got on the Bus.  Where did they choose to meet? Well “Commie Ground Zero” of  course.  Smith’s brain washing operation set up at the St. Francis of Assisi Church which still provides office space for Occupy Portland.  Yes you remember Occupy Portland, the former (disgraced) Mayor Sam Adams operation that cost the City of Portland hundreds of millions of dollars in repairs and police protection, and committed countless violent rapes and other felonies (which they tried to cover up).  You just just can’t make this stuff up folks.  But back to Smith.

Conservative videographer Leo Stratton rolled tape on Saturday’s indoctrination session where you can see Henry Kraemer, (who these days more closely resembles Henry’s Dad) provide the day’s propaganda lesson.  Kraemer as you might remember was the former campaign manager for none other than the acknowledged woman beater himself.  One thing you have to give Henry credit for, he’s getting good at spewing Smith’s Progressive ilk to your kids. 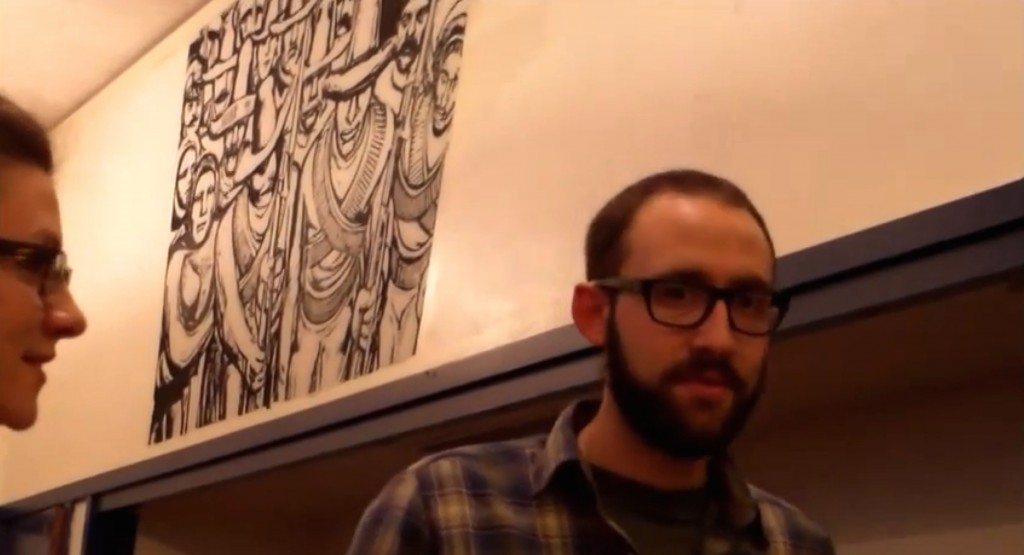 Caught on tape: Henry Kraemer, the former campaign manager for woman beater Jefferson Smith, is still providing indoctrination for your kids down at the Bus Project. Not only that: he’s now on the Board!

The amateur video needs to be watched and listened to to be appreciated.  Kramer dictates the script:

“Measure 88 is a common sense policy to keep our roads safe, by creating a driver card for undocumented workers and families.  In order to get a ‘Driver Card.’ you have to pass a State’s written Driver’s test, pass a State behind the wheel test, provide proof of Oregon residence for a year or more, and provide proof of identity and date of birth.”

Piece of cake right?  What Kraemer fails to mention is that there is no such thing as a a driver’s “card” in the State of Oregon.  Once Illegal Aliens have these Driver’s Licenses, they will be able to easily obtain tax payer provided benefits, such as health care, food stamps, and other social welfare benefits.  Additionally, no one has been able to verify that these Driver’s Licenses will not be used to board aircraft, creating security threats from the potential terrorists that have been pouring across our border.  (By the way Henry, since you were in a Catholic Church, this is called “lying through your omission.”)

It seems appropriate that Smith and his minions like Kraemer are OK with assisting these invaders feeling right at home in Oregon.  Smith, who was caught striking a woman in the face, should be OK with the countless violent felonies that Illegals commit against innocent citizens every year which you can find here.  Vote NO on Ballot Measure 88, and if you’re a parent, don’t let these people, especially Smith and Kraemer, anywhere near your children.

Jefferson Smith and the women of the Bus Project. No word yet as to who Smith’s next victim is, as he leads the Democrat’s “War on Women.”  (Screen caps Bus Project and the Oregonian)