Dateline Salem Oregon – April 5, 2013, Dan Sandini:  “You don’t know what freedom is because you never lost it!”  With a pointed finger Manuel Martinez called out Anti-Gun Committee Leader Floyd Prozansky during heated testimony on Friday.  You can bet Prozansky got the message.

“malicious individuals, masquerading as Democrats,.. established … a dictatorial regime … in my nation called Communism, Socialism, Stalinism, Marxism, and whatever other named -ism you want to put on it.  The reason why it was done was to take away the guns from the People.”

Mr. Martinez escaped the brutal Communist regime in Cuba in 1954.  His testimony included how citizens under Castro were first disarmed by legislation similar to that being shepherded along by Gun-Grabber in Chief Floyd Prozanski.  Defenseless, many Cuban Citizens were later summarily slaughtered.

Having been present at the testimony, I can assure you even the Liberal hacks in the press pool were visibly shaken.  The expressions on the Senators faces … well they spoke for themselves (I’ve included a few stll shots here).  I’d wager no one in room did not feel a chill up their spine, or a tear in the corner of their eye, as Martinez described scenes of sons being torn from their mothers arms, and shot dead in the street, because they lacked the means to protect themselves.  He spoke from the heart:  no notes or teleprompter required. 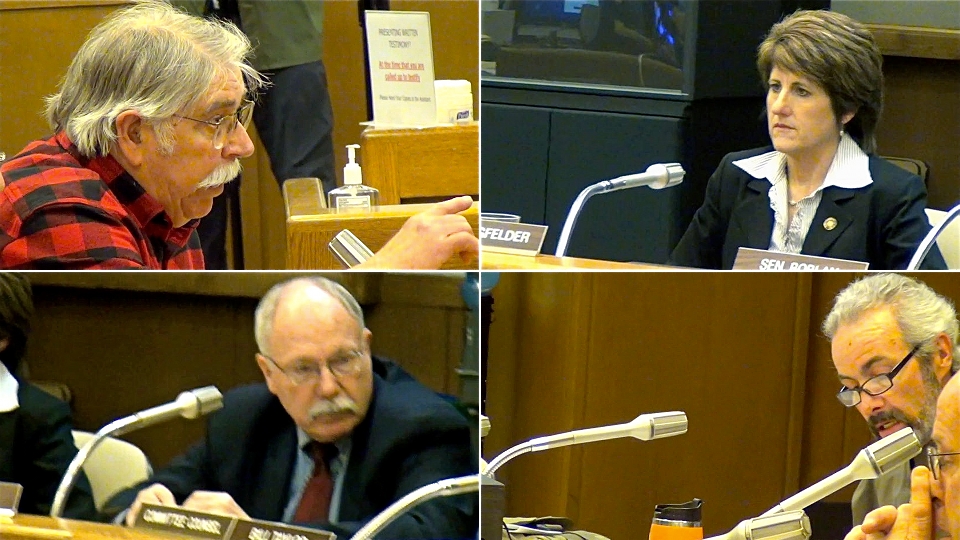 Enjoy Mr. Martinez’s testimony which is provided unedited and in full HD.  Near as I can tell you won’t find it anywhere else in the Portland mainstream media.

[For completeness and searchable reference I have transcribed Mr. Martinez’s testimony below.  However, it really has to be heard and seen to be appreciated.]

My name is Manuel Martinez.  Born in Cuba.  American Citizen for more than 40 years.  I oppose any manipulation, any regulation or disruption of the Second Amendment of the Constitution of the United States.

In 1957 a Revolution … individuals … malicious individuals, masquerading as Democrats, revolutionaries, established a regime … a dictatorial regime … in my nation.  Called Communism, Socialism, Stalinism, Marxism, and whatever other named -ism you want to put on it.  The reason why it was done was to take away the guns from the People.   The right of the People to wear guns.  That is a God-given Right.  It’s not given by anybody.  It’s not given by any group.   It’s the same thing as freedom, which is a God-given Right.  And no one, absolutely no one, has the authority to take it away.  To cease to defend the Second Amendment, and my God-given Right of freedom, will cease only with my death.

So my way to protest, the way to oppose, because if we keep tangling with the Second Amendment, we are open the same way that Cuba was open for Communism.  China, Poland, Hungary, Czechoslovakia, Venezuela, on and on.  A dictatorial regime that will destroy this country, in the same way that it destroyed those ones that I mentioned to you.

[minor correction:  Mr. Martinez wishes to clarify:  he came to the US in 1962.  I originally got the number 54 from the part of his testimony where he describes the revolution occurring in 1959, which was 54 years ago. He came here in 62.  My apologies to Mr, Marinez and my readers fior getting it wrong.]