Portland Anarchists surround and accost video journalist but are scared off by a police cruiser.

Dateline Portland Oregon – Saturday March 15, 2014: Today’s anti-Nazi protest turned ugly as masked anarchists surrounded a video journalist refusing to let him film in a public space. The backed him up against a busy highway, and accosted him, until the light turned and he was able to beat a hasty retreat to a nearby police cruiser. The anarchists are run off by the cop but not before one of their bunch admits to being a subscriber to their slogan “Fuck the Police. 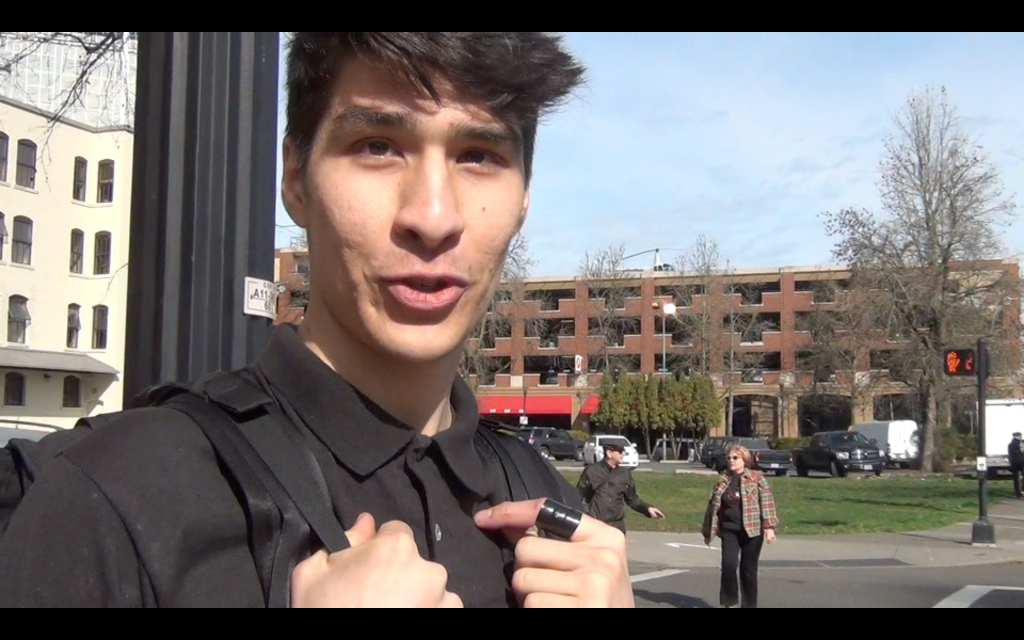 Code named “Man-gina” by commenters, he’s both the first and last person to harass the journalist before the cops chase him off. 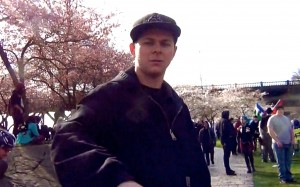 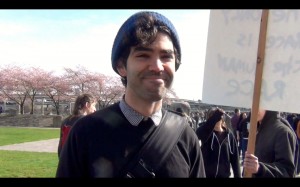 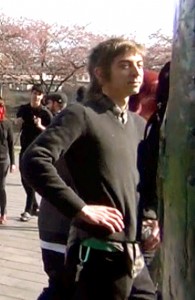 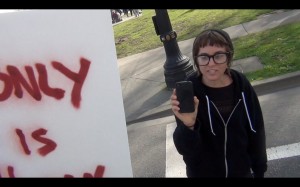