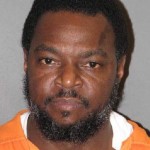 An anonymous reader confirms that Cover Oregon is hiring convicted felons to process your most sensitive health and financial data.

Dateline Sunday November 17, 2013:  Portland Oregon:  It’s already widely known that Kitzhaber’s Obamacare web site has failed.  It’s now going on two months late for processing a single application, has wasted 700 Million dollars of taxpayer money, and blown 2 years of schedule.  What hasn’t been established is if the 100 to 400 people being hired to make up for this mess, might be convicted felons.  A reader and commenter who is being kept anonymous for the time being writes.

“They most certainly are hiring felons. I got stuck working a 19 hour day two weeks ago getting their newest training area set up for all the temps they are hiring. Signs on the wall states [sic] that being a felon did not disqualify anybody they just has to state their crime, what was their sentence, and what are they doing to better themselves.”

A quick google search provides a number of medical field related identity theft cases including one where Billy Ray Taylor  (pictured above) was one of seven people  charged as a part of  a forged check scheme that netted over $100,000 dollars.  But that does not begin to describe the damaged done by these people.  Here’s a description of what we can expect:

Sheila Seal, … said her bank reimbursed her the $2,500 she lost. But she had to close the fraud-wrecked account.  “I couldn’t even write a check in town on my new account,” Seal said. “I had trouble writing checks for several months because of the identity theft.”

Forbes magazine has also warned of this very thing.  Imagine someone on prison furlough for forging checks is given access to your  T. Rowe price or Bank of America account numbers and signature over at Cover Oregon?  Meanwhile there are many ways for finding affordable health care in Oregon without risking your private data to identity theft.  View my full column here which provides some recommendations.