Dateline Portland Oregon – February 9, 2013:  Portland held it’s “One Million Mom’s for Gun Control Rally,” today at Portland City Hall.  Small problem:  instead of a Million looks like less than a hundred people showed up.  Compare this to the Pro-Gun rallies which have dawn crowds of over a thousand.  The thinly spread crowd carried signs and were prodded into writing Anti-Second Amendment Valentines addressed to Governor John Kitzhaber, and Senators Ron Wyden and Jeff Merkley.  Someone going by the YouTube name/channel kyrieeleison56 posted a short clandestine video of the event.

A few things to notice.  Sensing that the videographer might not be a “friendly,” the Valentine’s “Astroturfer” appears to try to intimidate the him by mocking him saying:  “Vidoetaping Valentines?” 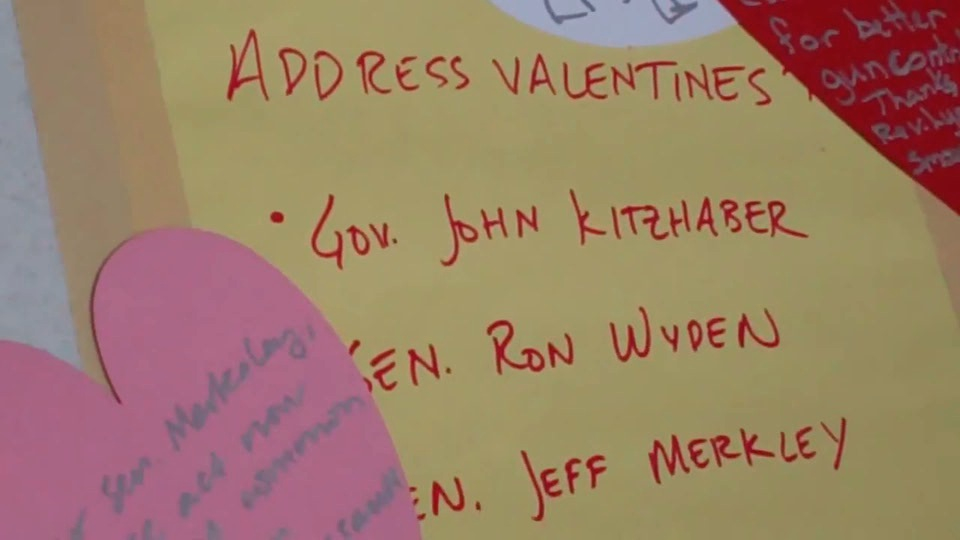 By using this Alinsky-style tactic he’s implying:  if you are against gun control, you must be against love, hearts and  and valentines right? 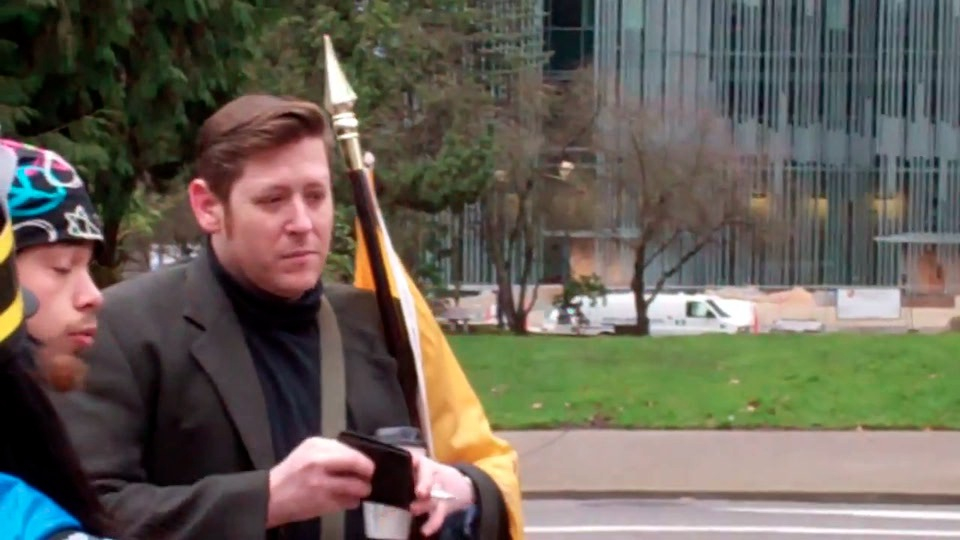 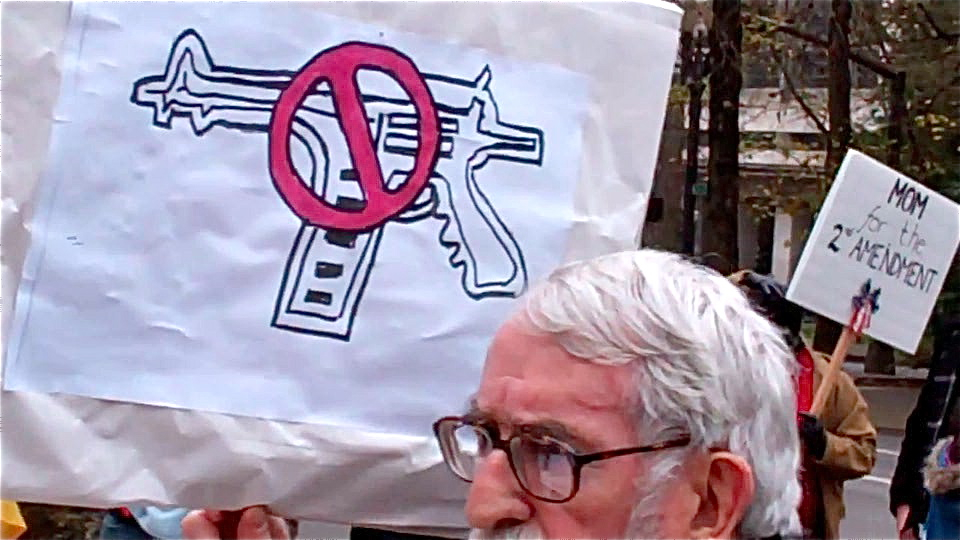 But the Pièce de résistance for today’s event is one of the signs which clearly shows the level of enlightenment of the crowd on the issues of gun control.  Enjoy the short video.