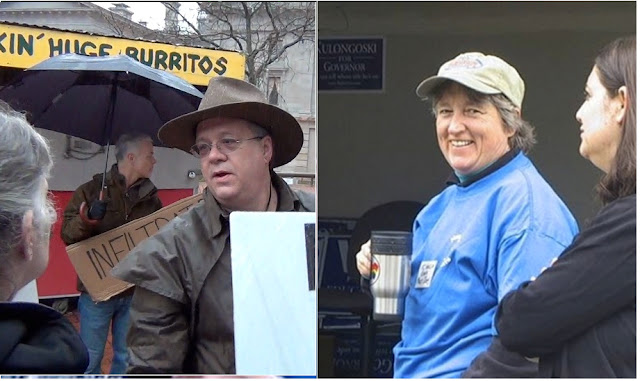 Dateline Portland Oregon 22 June 2011:  On April 15th the Oregon TEA Party held it’s annual Tax Day TEA Party.   This is a family event for which proper permits are obtained.  Since its foundation in February 2009 the demonstration has attracted mainstream Oregonians who peacefully advocate lower taxes.

This year the TEA Party was counter protested by a group of individuals who issued multiple slurs against homosexuals, blacks, and the United States.  These remarks were caught on tape and viewed widely on national television programs such as The O’Reilly Factor, Hannity, and Glenn Beck.  Left wing media outlets both nationally and locally, have ignored the videos and incontrovertible hate.  Portland Mayor Sam Adams has as yet refused to schedule meetings with those involved.

Local citizen journalists looking into the matter have discovered that a Democratic Party Official is responsible for “Facebook organizing” the event.  Multnomah County PCP Jamie Earl is listed as the person who organized the event.  The “TEA Party Counter Protest” Event created by Earl advises participants to meet at Director’s Park before the TEA Party Event: 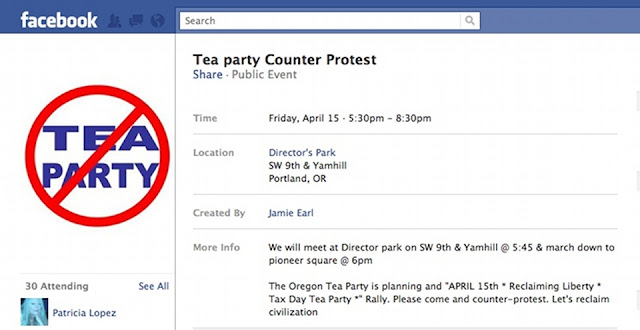 The Facebook Event created by Earl indicates a degree of planning and sophistication, including a logo which appears to advocate a banning or extermination of the TEA Party.

Earls’ LinedIn profile lists him as “Precinct Committee Person Multnomah County Democratic Party” since December 2010 and emphasizes his key responsibility as being:

“Elect District, County, and State Party leaders who will best represent and implement the philosophies and goals of the precinct constituents.”

Earl has “Friendship” connections on both Facebook and The Huffington Post to Multnomah Democratic Party Chairperson Carla “KC” Hanson.  Regardless of Earl’s intent, the event resulted in multiple disparaging remarks and so-called “hate speak” against blacks and homosexuals.  These were later “YouTubed” by a local citizen journalist and were in turn picked up by breitbart.com, theblaze.com and later by Fox.  As yet no one in the Democratic Party has come forward to condemn the remarks.

The Facebook page provides further evidence that the counter protest was not a spontaneous event, and indicates a high level of sophistication in planning.  International Socialists Organization (ISO) leader Adam Sanchez is shown on the Facebook page as indicating he would participate along with Wael Elasady, another prominent member of the group.   PSU ISO Chapter President Neil (Thomas) Loehlein was a prime participant in the anti-American remarks at the event including “Shove the Constitution Up you A$$,” “F*ck the United States of America” and giving the double middle finger during the singing of the national anthem.  He also hurled verbal assaults such as “That guy’s a F*cking TEABagger” which many feel is disparaging against homosexuals.  Similarly, the ISO has yet to come forward to apologize. 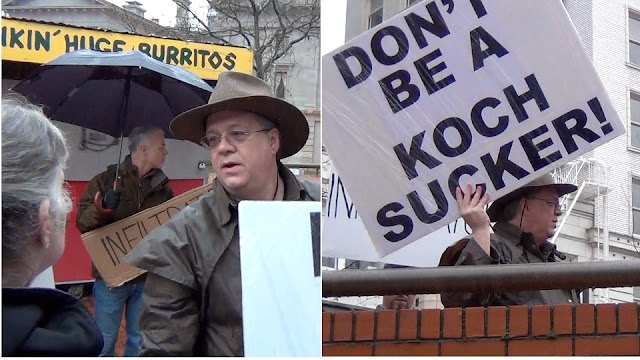 The night before the counter protest the PSU chapter of the International Socialists Organization met at their meeting “Rehersals for Revolution” on Portland State University campus and discussed the fact that the counter protest would take place.  At least one area anarchist has been placed at the meeting.  It is currently not known to what extent State University (and therefore taxpayer) resources were used to plan the hateful counter protest.  Complaints have been lodged at the University by local citizenry and State Representative Katie Eyre Brewer.   Writes Representative Brewer:

“I have become aware of the counter-protest activities of some individuals at the Tax Day TEA Party … Additionally, I understand that one or more of these protestors have been identified as students at Portland State University, potentially as members of the student organization “International Socialist Organization” (ISO) …


Can you please report to me what you have found out and the results of your discussions? What actions will be taken by PSU to prevent this in the future? …I do believe it would be meaningful to many parties involved if the ISO would publicly denounce the behavior exhibited at the Tax Day TEA Party by the counter-protestors, even though they reserve their right to counter-protest.”

Vice Provost for Student Affaires Jackie Balzer is currently investigating the matter.  Daylightdisinfectant will provide you with updates as they are made available.