“Problem:  The system was not created for us except to incarcerate us (Blacks).  It was designed to build wealth for others on the backs of Blacks.”

“Problem:  There is an inherent fear of African Americans.  Implicit bias exists.”

“Problem:  We have invested time and energy in creating mistrust, creating laws that are inequitable”

“Solutions:  Psychological exams more often than upon hiring or in a police-involved shootings to root out changes in officer psyche after several years on the job.”

“Solutions:  White people (including children) to show up at cultural events.”

“Solution: White males to talk to other white males about recognizing white privilege”

“Solution:  Bias Training is Critical:  Own our bias and face it!”

Dateline Wednesday January 14, 2015 – Breaking news:  The City of Portland today held a public meeting to discuss the recommendations which will be made as a result of the Ferguson Shooting.  Some of the recommendations might be viewed as extremely controversial.  It was clear that the meeting organizers wanted to control distribution of the information.  There was a lot of discussion of the distribution list.  If so, it’s unclear why they would have invited the public to the meeting.  At any rate I am publishing the slides as they were presented below.

The Office of Equity and Human Rights is facilitating a series of lunchtime equity discussions (LED) open to everyone. The purpose of LED is to create a supportive space for participants to continue dialoguing on various equity issues. The goal of LED is to offer City employees ongoing monthly opportunities to deepen their understanding of equity issues in policies, programs, and practices. Participants will have the chance to examine how our identities affect our worldview, our behavior, and our access to resources. For the first two sessions, the topic of discussion will be:

Finalizing Lessons from Ferguson and Recommendations for the City of Portland

· Review the lessons learned and recommendations from previous discussions

· Develop a final list of recommendations for the City of Portland

Here are the Slides in their raw form. 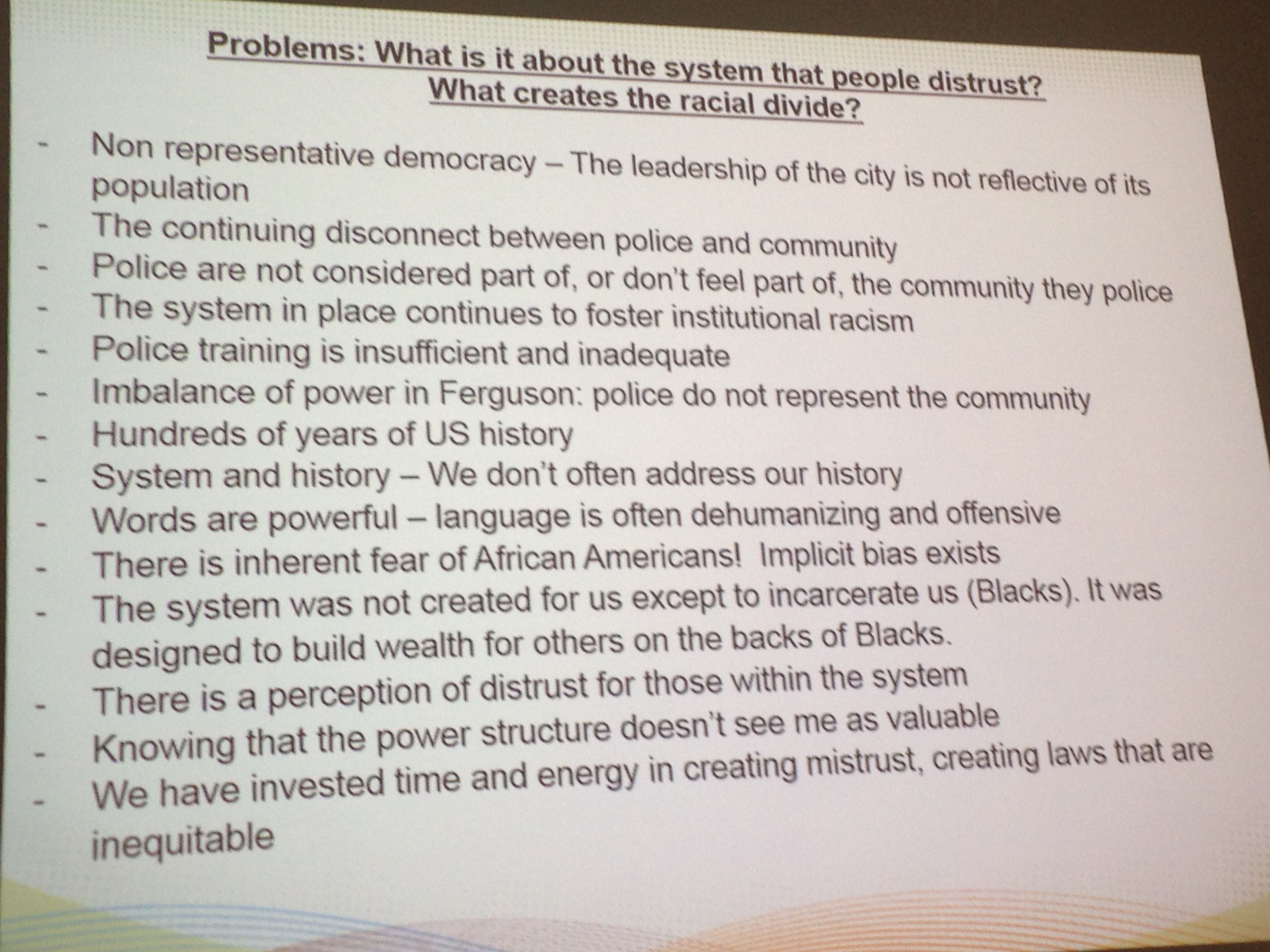 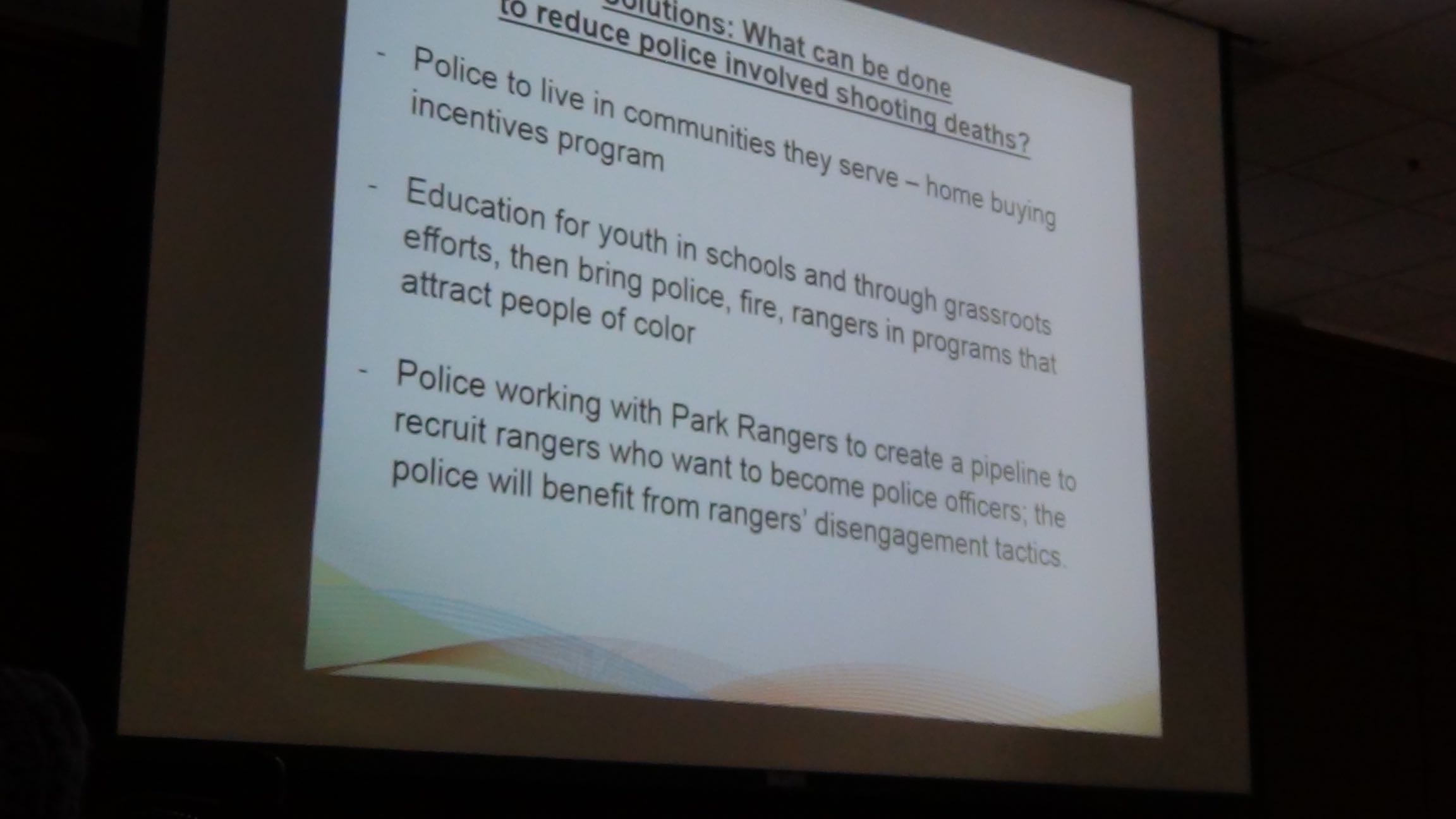 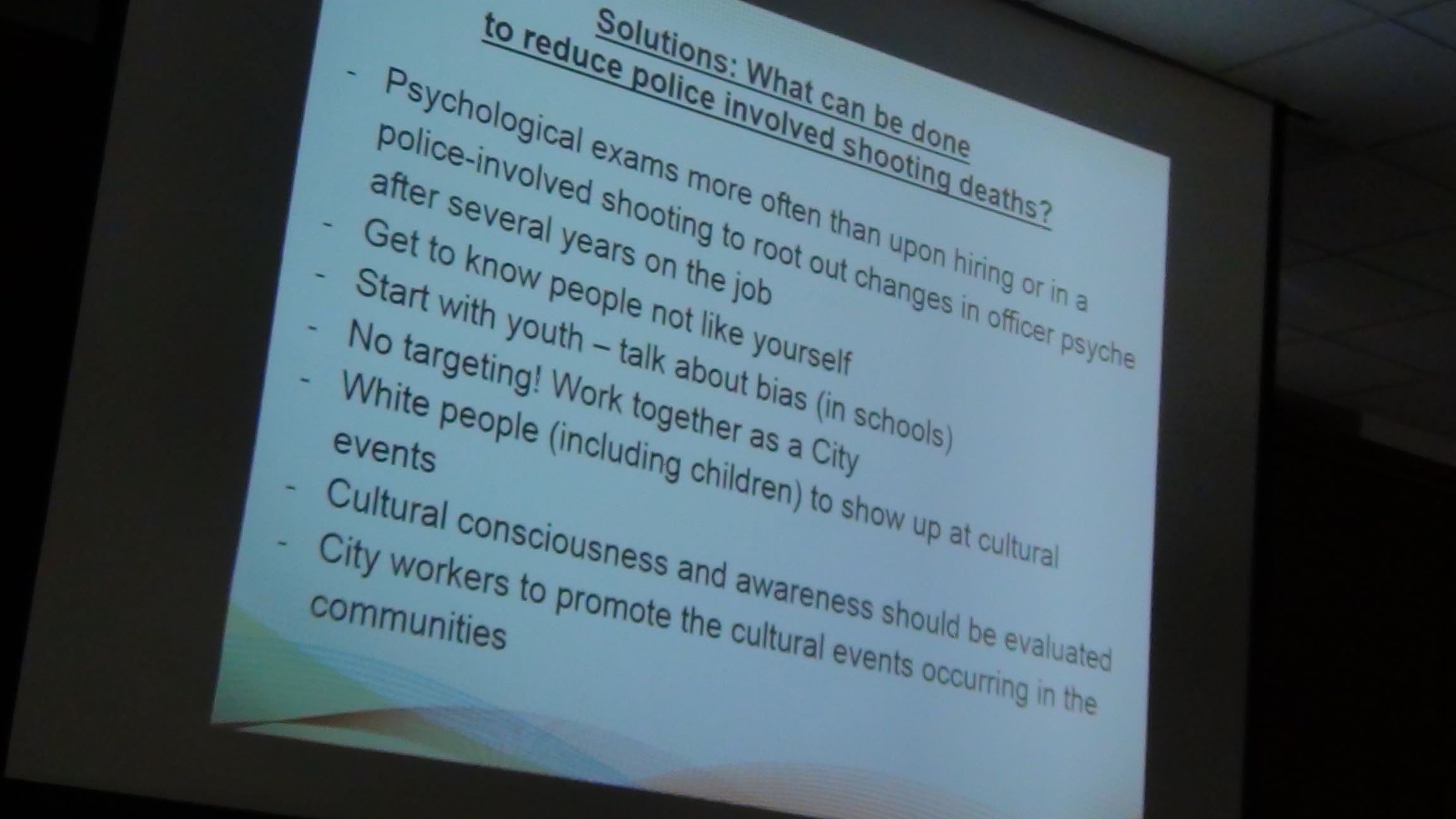 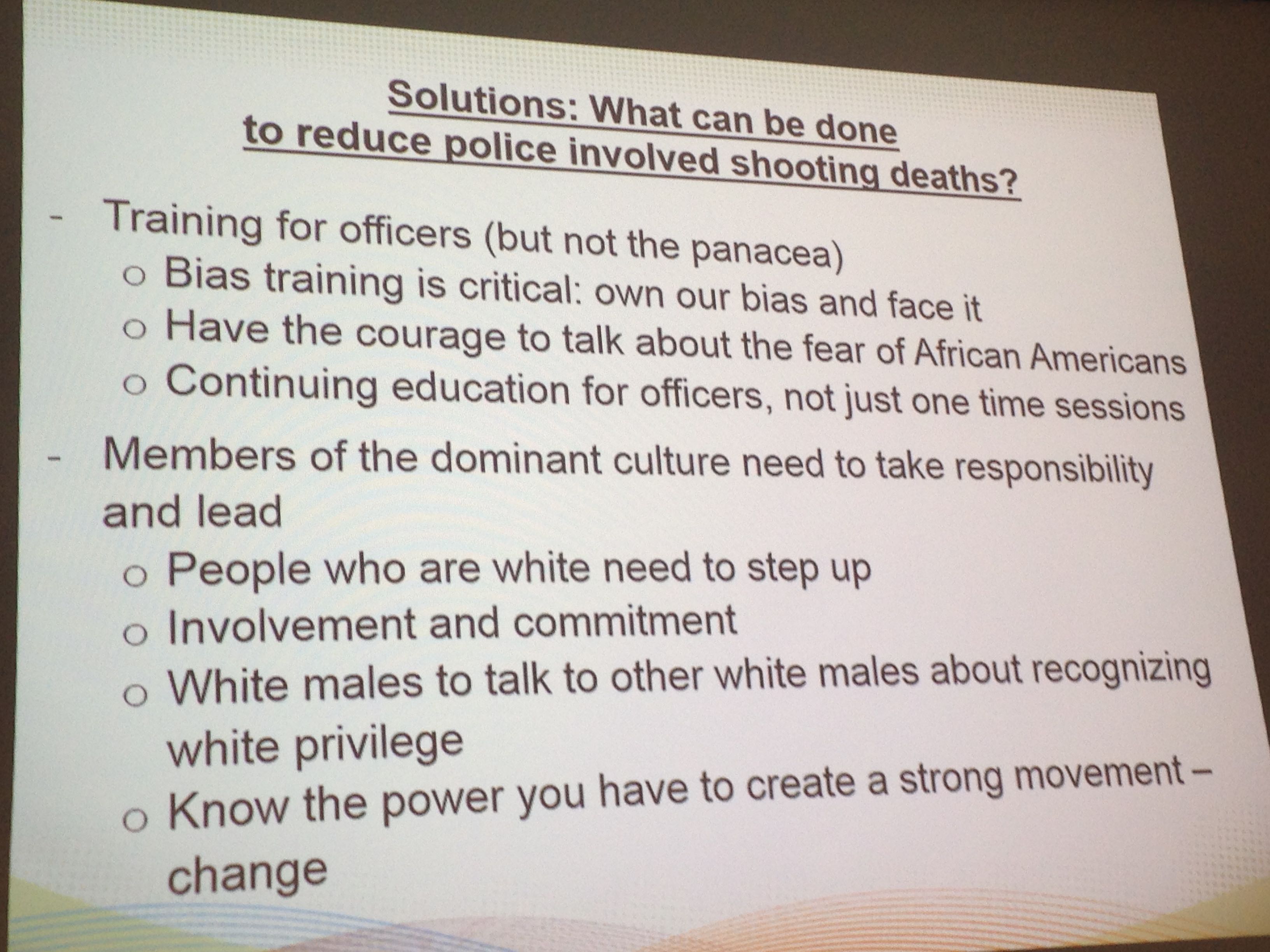 We’ll have more information on the meeting as the story develops.