Don’t Shoot PDX member Antonio Zamora, who accosted and harassed me this weekend has been identified as an accused felon.

Dateline Thursday January 15, 2015: Over the weekend “Don’t Shoot PDX held a meeting titled “#DONTSHOOTPDX #DSP2015 #BridgingGaps #CivicDialogues” at the Bethel AME Church in Northeast Portland. The forum included Portland Police Association President Daryl Turner, and City of Portland Mayor/ Police Commissioner, Charles Hales. Following the event I was accosted and harassed by an individual. I questioned him, and then did a little investigation following the event. He’s Antonio Scott Zamora, booked on Felony Criminal Mischief and thrown into the Multnomah County Jail back in 2012. The outcome of the case is not public so we are going with “accused felon.” Yeah I’m sure the police are the bad guys in the Ferguson deal. 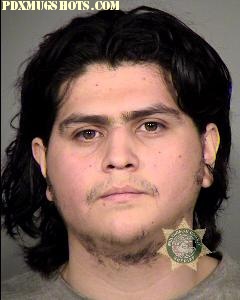