People openly smoking marijuana stop by to check out anti-marijuana activist and expert.

Dateline Sunday, November 2, 2014 – Portland, Oregon: Standing in uniform on a downtown Portland street corner, Air Force Veteran Patrick “Pat” Mulcahy makes his case against marijuana. He’s approached by a group of guys smoking dope who are drawn in by his fifty pound bag of weed. 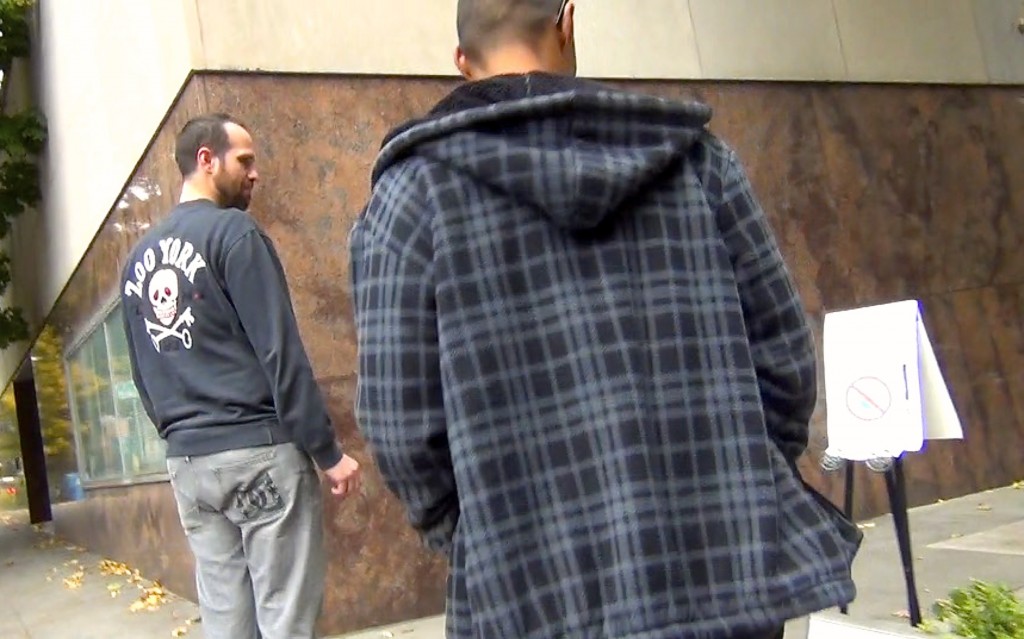 Unidentified Portland pot smoker stops to take a drag and read the sign.

After making some points on the hazards of the Measure, it’s off to try and give the oversized bushel to Mayor Charlie Hales, and City Counselor Steve Novak. Sadly they are out. But it give’s us a chance for Mr. Mulcahy to give us the run down on the potential for brain damage. It’s off to the Mayor’s Herb garden to suggest some ideas for replanting it should the initiative pass. The “Silver Fox” grabs the attention of some students who are passing by, who seem influence by his personal story, and obvious expertise on the subject matter.