“We are not obligated to deal with their methodology,” answers organizer Theresa Raiford. She later gives me the finger.

Dateline Saturday January 11, 2015: Over the weekend “Don’t Shoot PDX held a meeting titled “#DONTSHOOTPDX #DSP2015 #BridgingGaps #CivicDialogues” at the Bethel AME Church in Northeast Portland. The forum included Portland Police Association President Daryl Turner, and City of Portland Mayor/ Police Commissioner, Charles Hales. During the meeting members of the audience were given 2 minutes to ask questions. I jump at the opportunity asking Lead organizer Theresa Raiford to condemn the murdering of police officers. Railroad reuses stating: “We are not obligated to deal with their methodology.”

Don’t Shoot PDX Activist Charles Johnson calls for my execution as well as the shooting of police officers. 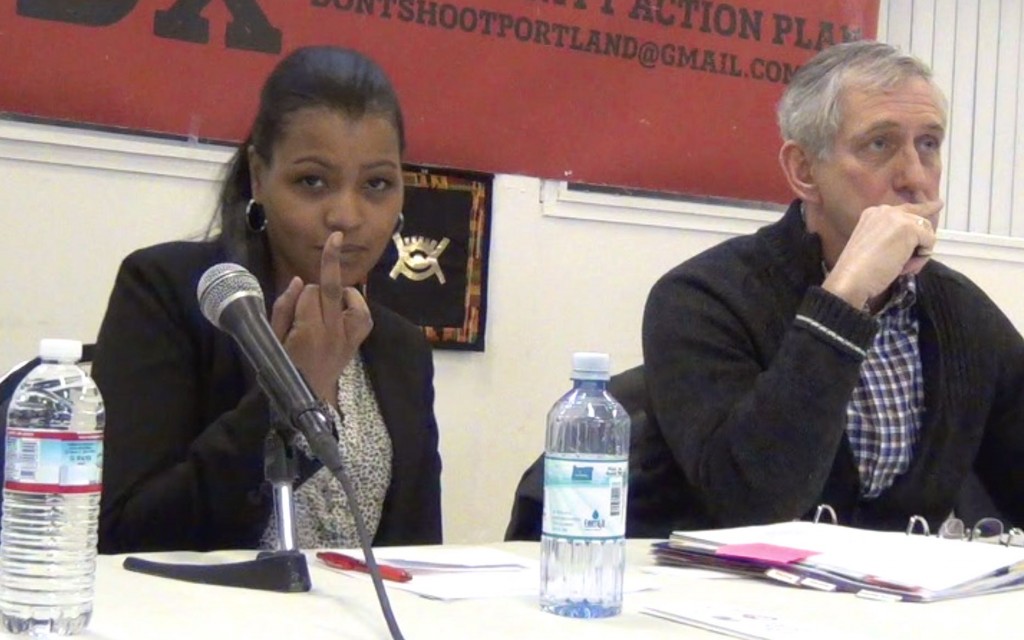 Theresa Raiford Giving me the Finger