UPDATE Thursday January 22, 2015:  Identified “Logan,”  the woman who engaged in race baiting against me.  When confronted she and her cohorts were unable to name a single racist thing I have done or said.  When confronted she runs from the camera.  Race Baiting is often used by national figures such as Al; Sharpton and Jesse Jackson when they encounter adversarial forces towards the Democrat failed war on poverty (for example) 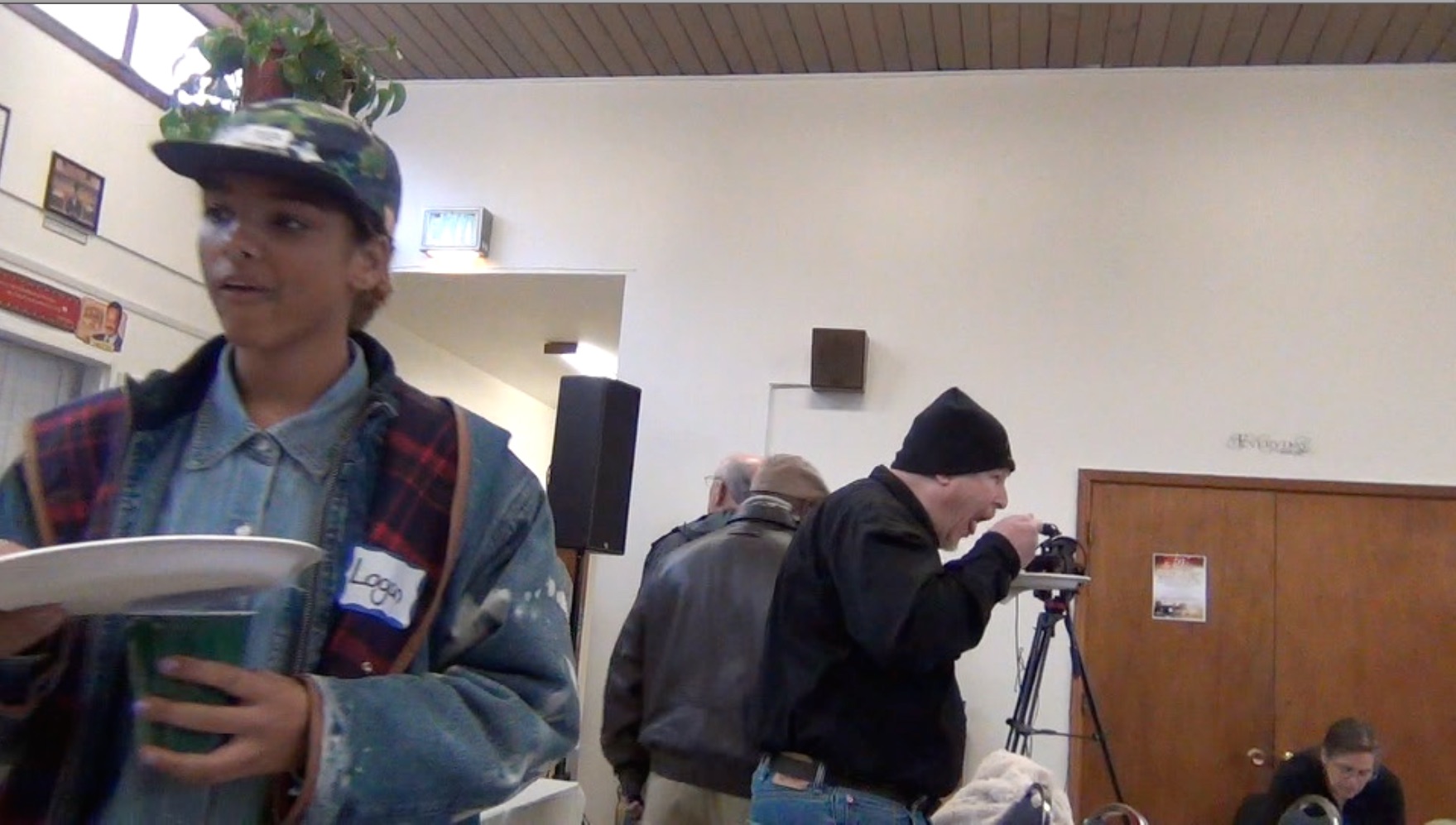 Woman identified only as “Logan” engaged in race-baiting when egged on by her friends.

Dateline Saturday January 11, 2015: Over the weekend “Don’t Shoot PDX held a meeting titled “#DONTSHOOTPDX #DSP2015 #BridgingGaps #CivicDialogues” at the Bethel AME Church in Northeast Portland. The forum included Portland Police Association President Daryl Turner, and City of Portland Mayor/ Police Commissioner, Charles Hales. Following the meeting I am gathering my equipment. A young woman is sent over to accuse me of racism. I defend myself “Name one thing that I’ve ever done that’s racist, or done that’s racist.” She runs away.