You have to laugh about the Oregonian trotting out their most egregious hit-piece artist to attack me because I caught Governor Kitzhaber … wait for it … shopping for eggplant! I ran into the Governor while he was at shopping at QFC and YouTubed the bizarre coincidence for laughs, and because well, it’s my First Amendment Right. We were cordial, but I found it interesting he refused to answer a polite question and appeared to get irritated at the end. The Oregonian called it (play scary music, dramatic pause) an “Ambush Video!!!” Are you serious? Quote the Kitz: “Gimme a Break!”

Leave it to “the Zero” to invent some huge scandal and use the opportunity to further spin some bizarre tale of “shady tactics” in shameless defense of Senator Ginny Burdick. Burdick was caught on tape lying about a scheduling conflict, as she enjoyed a leisurely evening in her upscale condo. The Daily Fish Wrapper has been carrying water for her ever since. For this exercise in weaving a web of fictional intrigue, nothing but the best will do. Bring in smear expert Harry Esteve who has huge experience in this sort of thing. Here’s one example of his work.

Above: Esteve smeared the entire City of Springfield portraying them as “using their food stamps to buy Coke and cigarettes and having kids with ‘brown smiles.’” (#creepy) He was forced to apologize on television and in print.

Esteve smeared the entire City of Springfield Oregon and was called out by outraged residents in the Eugene Register Guard (among others).  He was forced to apologize on TV and in print.

According to the Guard, Esteve smeared Springfield as “a blackberry-brambled, paint peeling wilderness and its residents as young couples, out of a mill job, with small children, using their food stamps to buy cigarettes and Cokes.  Their kids – described as having “brown smiles,” whatever that means – even buy “handfuls of candy” with their stamps, according to Esteve.”

Nice Harry, nice.  I could go on with his track record but quite frankly this guy just creeps me out. However, if you’re interested, an entire blog section has been devoted to his lies out at the web site TheDeadFishWrapper (in case you have time after cleaning the cat box.)

The whole thing would be really funny, if it wasn’t so pathetic and transparent.  It hardly merits a serious response.  But a few corrections to his article:

Esteve claims I was “forcibly removed” from a previous Kitzhaber event.  In fact, nothing could be further from the truth.  I was violently assaulted by James Posey (a former Democrat candidate for Mayor) for refusing to stop filming Kitzhaber’s public speech, politely insisting it was my First Amendment Right.  I left for the hospital of my own volition after the punch.  Watch the video for yourself.  Also on tape here’s the event sponsor KOIN Local 6 News Director Lynn Heider apologizing to me profusely and proving how Oregonian hack Jeff Mapes botched the story by claiming KOIN had exclusivity.  (I wonder if Mapes shares a cube with Esteve?  Never mind, too creepy to imagine.) 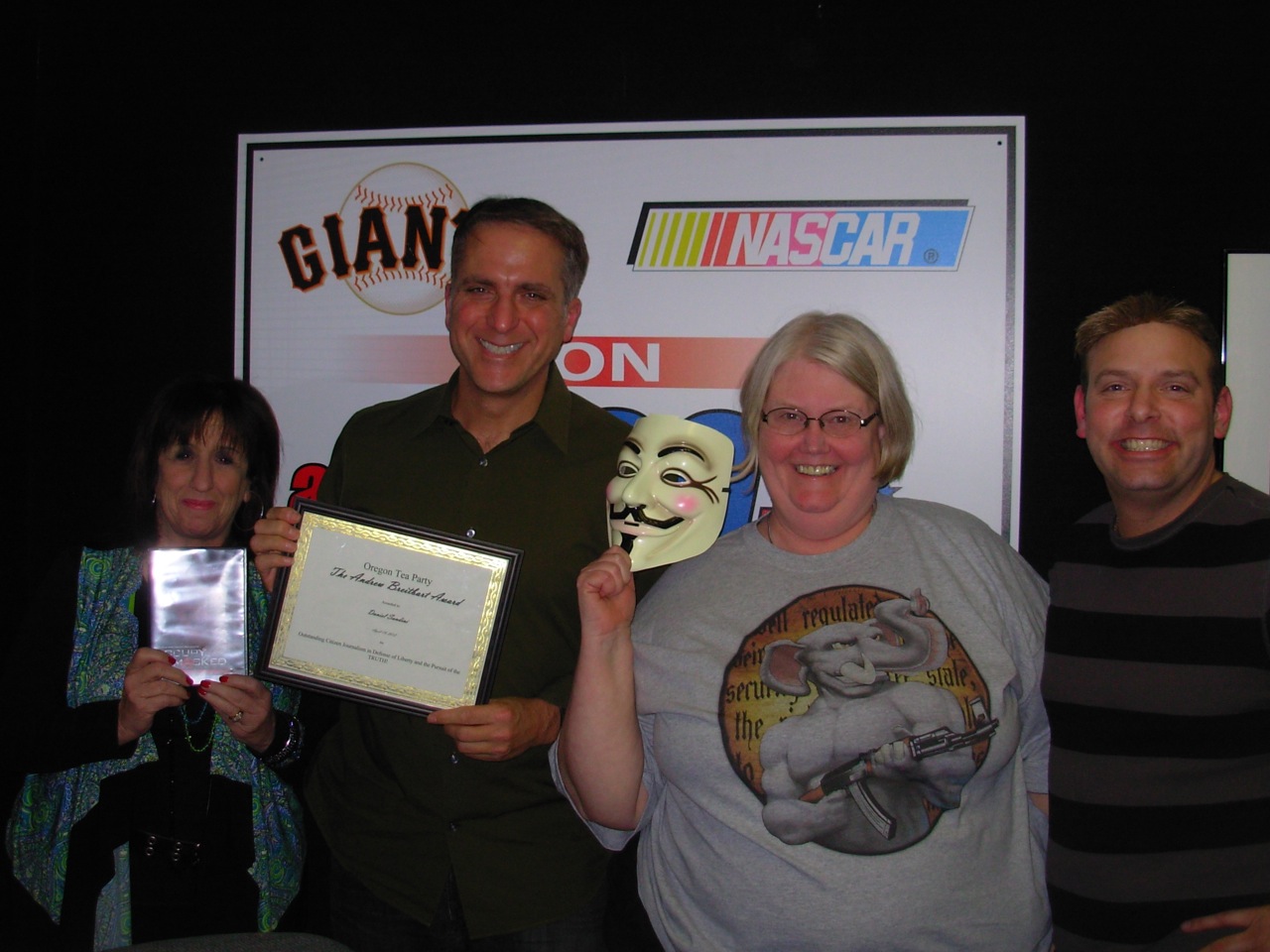 Me with the Conservative Council down at KUIK where Eteve’s hit piece found me manning the mic for my first ever radio show. I was filling in for the Legendary Jayne Caroll (to my right)

Esteve acts like he never heard of me or my YouTube Channel Daylight Disinfectant.  Really?  At this point you would have to live under a rock.  Oh well, in deference to the logically challenged “newsman” I’ll explain.  Over a half-million people have viewed my channel that exposes the Left’s racism,homophobia, and hate for America. You know Harry?  the news The Oregonian systematically ignores because it doesn’t fit their Liberal Agenda?  Oh yeah … that news.  Here’s one example of me exposing the Left played on Fox.

Also, Esteve makes a loose association (read smear) between me and the Burdick videographer when in fact I had nothing to do with it.  I guess The Oregonian got tired of slandering Multnomah County Chair Jeff Reynolds for whom they had to print a retraction.  He also can’t seem to figure out whether I planned on taping Kitz buying provolone at the deli counter, or if I ran into him by accident.  Here’s a clue Harry:  you might try reading my article.  It states explicitly that the encounter was purely accidental.  BTW Esteve gave me all of two hours to respond to his request to contact him before he published his slanderous garbage.  I guess that’s what passes for due diligence down at the Fish Wrapper.

So all of this begs the question:  why would Kitzhaber and his lackies at the Oregonian drag out the likes of Esteve to do “the beat down” on the citizen journalists?  Quite frankly, they’re afraid of what we are:  Reagan conservatives who are owning the new media and telling the truth in this corrupt town.  They can’t control it.  This scares people like Kitzhaber and Burdick who have a vested interest in maintaining a long established and now crumbling power structure of Liberal political cronyism.  They don’t understand what we are, just like they never understood Breitbart.  But whatever it is, they don’t like it, and will make every attempt to smear and marginalize it.  That’s why they trotted out the liar Esteve.

By the way, for you folks down at “the Zero”:  just like Reynolds I would like a retraction.  But I won’t hold my breath.  I can’t imagine you would gain a conscience overnight.

From the Cast Page for the Documentary “Occupy Unmasked”:  Inspired by Andrew Beitbart and James O’Keefe, Dan Sandini is an independent citizen journalist working out of Portland, Oregon. He is a staunch advocate of the First Amendment. In 2010 he was assaulted by Democrat thugs for having the temerity to record a speech by then gubernatorial candidate John Kitzhaber. He produced a video of the Orwellian experience, which has received almost 70,000 views. Following the 2011 Tax Day TEA Party he produced videos detailing the hateful rhetoric and behavior of the Left, including homophobia, racism, anti-Americanism, and threats of violence. These videos have been seen by over 1 Million people and were featured on The Glenn Beck Program,The O’Reilly Factor, and Sean Hannity.