Dateline September 19 2013:  At first parents seemed to not know what to do, and in the end they applauded awkwardly.  I guess “everyone gets a trophy.”  Tuesday night parents came expecting to get a reasonable explanation of why “Common Core” is coming to Beaverton.  What they got instead was one more reason not to want anything to do with it. 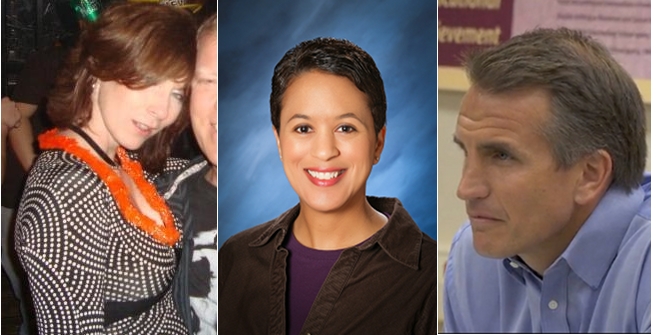 Teacher Sheree Winterfeld of Errol Hassell Elementary School in Beaverton, OR provided a bizarre “Clapping Lesson” which leaves one wondering if she’s one fry short of a Happy Meal.  Despite the fact that she announces that she has her Masters.   (Well la-dee-da.)  YouTuber “Don’t Tread On the Farms” captured her antics on film.  It’s difficult to hear but but at around 2:40 she proclaims that the public schools are “now global,”  then asks for volunteers from the audience.  The rest needs to be seen to be believed.  Jump to to 2 minutes 40 seconds in the video embedded below.

No wonder the kids can’t add.  The full transcript is below.  In a second video parents indicated:  “we didn’t feel we learned anything in there.”  Shocking.  The jury is still out on whether teachers and admin are actually going to go through with this fiasco.

“So our kids are facing … this is a real new living we are definitely Global.  So I’ve got a … and I need three volunteers and this activity will hopefully help cement the reason why I as a educator [sic] am embracing Common Core and for students … can I have three really brave volunteers?  Come on.  Can I have three?  How much do I have left?”

“So hopefully this will demonstrate what Common Core will do … <inaudible> …”